Coming this summer from Legacy Comix, writer Dan Evans, and artist Joshua Adams comes the Godfoe Universe. Joshua has previously worked with Legacy Comix on a Sarita one shot due out Spring of 2022 (which is basically right now for those keeping track), while this is Dan’s first project with the company assuming I’m not missing something.

A powerful group of elites known as The Order have manipulated world events for centuries from the shadows. Now, in the near future, this Order has created GOD, a machine capable of influencing the minds of the world’s population, one on the cusp of global domination. However, for GOD to be operational, a bond with a human host is needed. The recent discovery of an incredible new element, “Imperimetal,” has provided the means of merging man and machine.

Experiments with Imperimetal have produced Augments, individuals with incredible and unpredictable powers. Among them is a man known only as Xero, the prime candidate for the GOD project. However, he has escaped The Order and rallied with him a small band of young, like-minded Augments. Together, they seek to end The Order before GOD can be completed and the world brought to its knees. 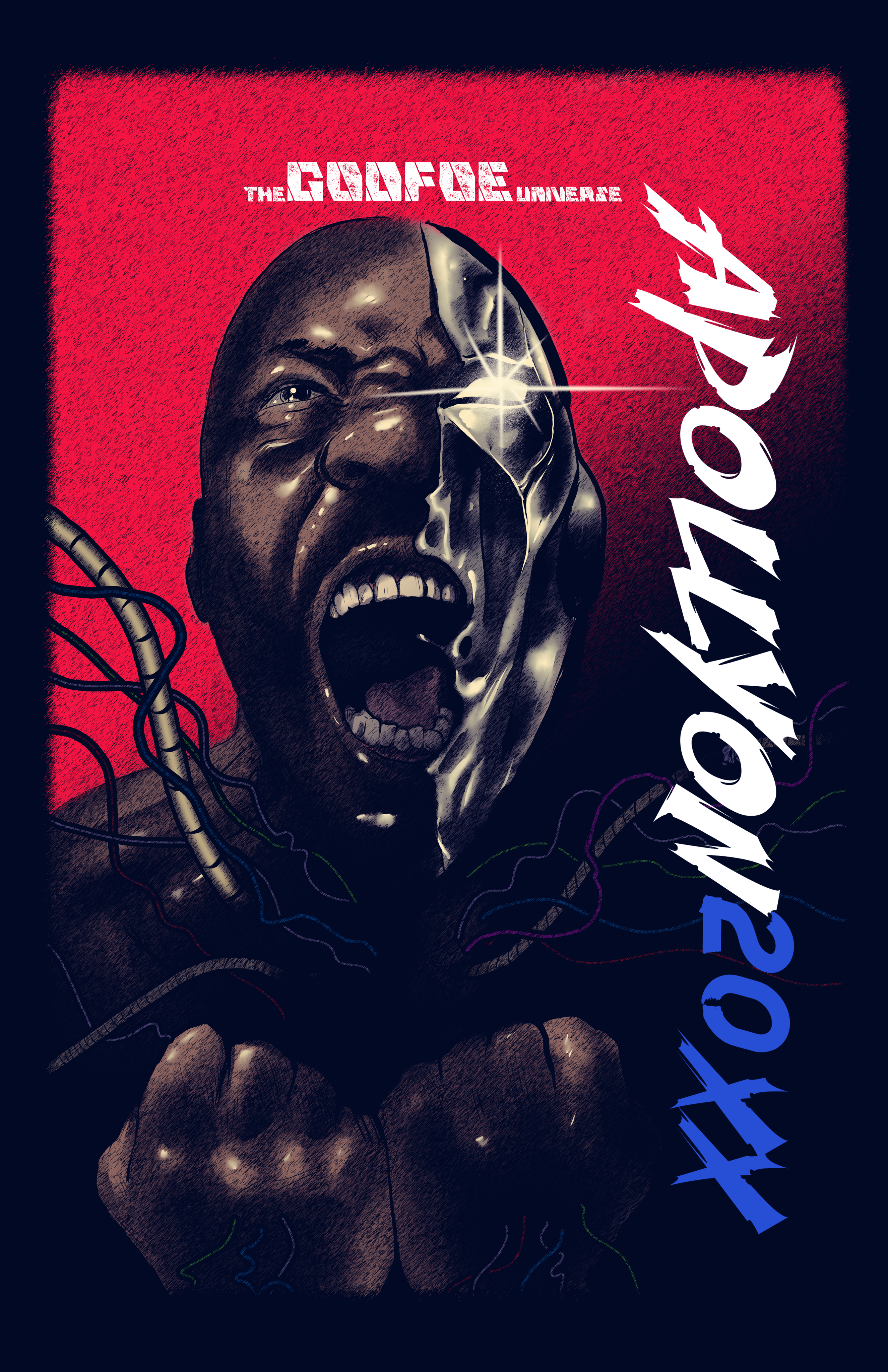 So yeah, I’m in for this ride. I’ve been checking out a lot more manga lately and this just looks like a fun time. And not to judge a book by it’s cover, but look at this. If this doesn’t get you interested then I don’t know what will.

Well, maybe I do. Joshua is going to be coming on the show later to talk about this series and I buried the news in here on purpose so you, the dedicated reader, can get the scoop before anyone else.

Be ready this summer for APOLLYON 20XX 0, an introduction to the world brought to us in the form of a one shot ash can.